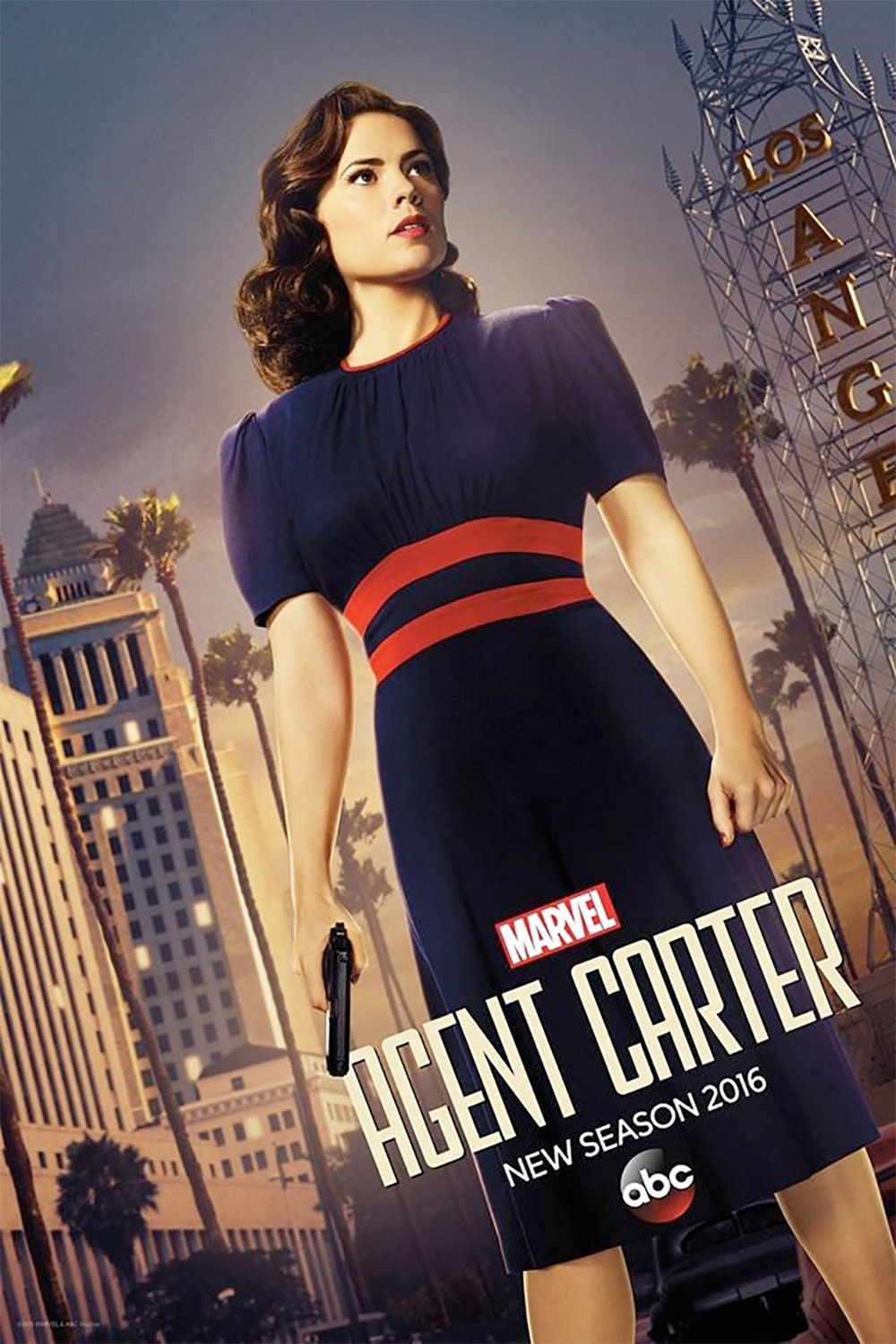 “Marvel’s Agent Carter” returns for a dynamic second season of adventure and intrigue, starring Hayley Atwell in the titular role of the unstoppable Agent Peggy Carter, working for the SSR (Strategic Scientific Reserve).

Upon her arrival, Peggy reunites with Howard Stark’s (Dominic Cooper) butler and her loyal partner-in-crime, Edwin Jarvis (James D’Arcy), who welcomes her to the Hollywood life and sets her up at Stark’s mansion. There, Peggy meets Ana (Lotte Verbeek), Jarvis’ free-spirited and devoted wife to whom she takes an immediate liking.

Eventually, the odd investigation leads Peggy to quirky yet charming scientist Jason Wilkes (Reggie Austin), who quickly becomes an ally — and sparks fly. As Peggy continues to find clues in this peculiar case, she is introduced to the machinations of Whitney Frost (Wynn Everett), a movie starlet, brilliant physicist and the true power behind husband and senatorial candidate Calvin Chadwick (Currie Graham). Calvin, a politician who will do anything to get to the top, befriends Vernon Masters (Kurtwood Smith), a veteran of the War Department with a keen understanding of how to work the system. Peggy soon discovers that corruption seemingly runs deep, making it hard to distinguish the good versus the bad.

The search comes full circle when Russian spy Dottie Underwood (Bridget Regan) returns into Peggy’s life in a new and unexpected way. But even as Peggy discovers a new city, both old and new friends – and potentially a new love – she’s about to learn the bright lights of post-war Hollywood mask a more sinister threat to everyone she is sworn to protect.