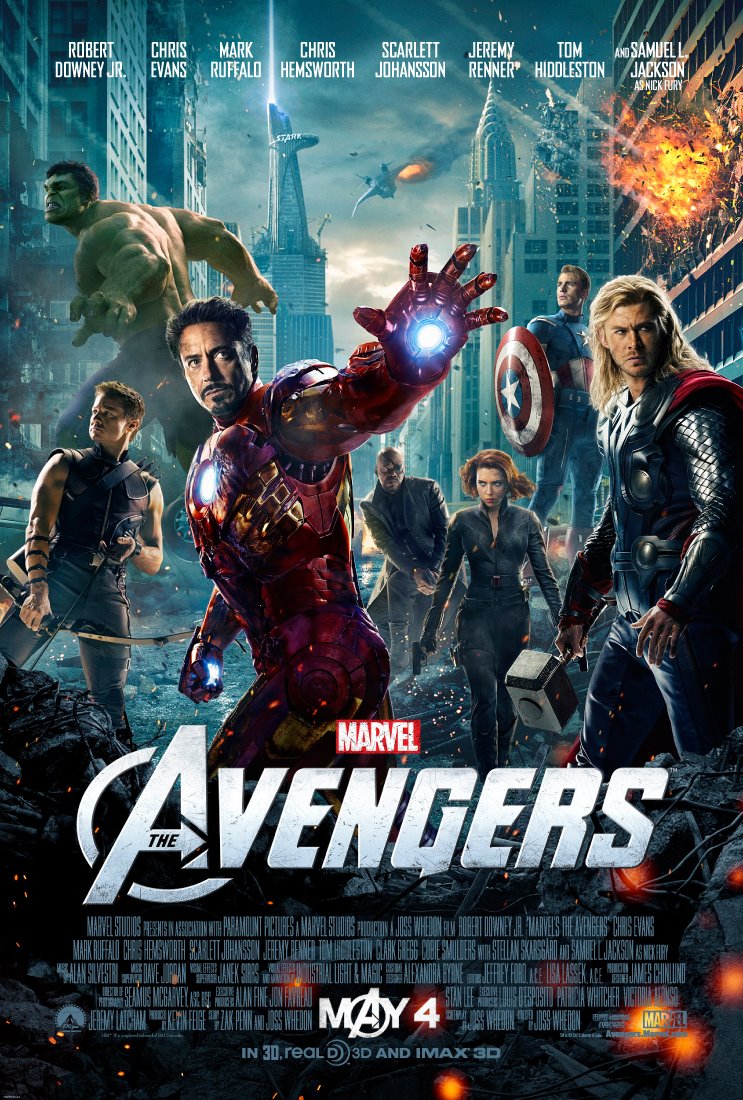 When the Tesseract, a cube of pure energy with the power to destroy the Earth, is stolen by the nefarious God of Mischief, Loki (Tom Hiddleston), S.H.I.E.L.D. leader Nick Fury (Samuel L. Jackson) embarks on a daring recruitment effort spanning the globe to assemble a team of the world’s most powerful superheroes to get it back.

Captain America (Chris Evans), Iron Man (Robert Downey Jr.), Thor (Chris Hemsworth), Black Widow (Scarlett Johansson), Hawkeye (Jeremy Renner) and The Hulk (Mark Ruffalo) are brought together to stop Loki. But unfortunately, it’ll take more than just assembling them to save the world from the brink of destruction. First they’ll have to learn to work together as a team, despite their individual struggles—like Captain America learning to adjust to life in the 21st century after being frozen for 70 years, Thor’s internal conflict about going up against his evil brother, Loki, and Bruce Banner, who is trying to keep his raging alter ego under control.